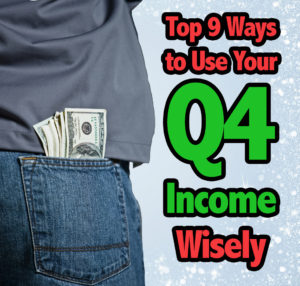 As I’ve stated before, the fourth quarter selling season on Amazon almost always brings your highest income possibilities of the year. Many Amazon sellers find that their sales sometimes multiply ten-fold from what they’re used to during the other three quarters. How you handle your increased profits can possibly help propel you into even more

END_OF_DOCUMENT_TOKEN_TO_BE_REPLACED

During the most lucrative part of the sales year, many sellers leave Q4 with high profits but without a clear plan on how to spend them. Today we give you our top tips on making the most of your Q4 profits. Early in our conversation, we highlight how investing in time-saving tools and software can

END_OF_DOCUMENT_TOKEN_TO_BE_REPLACED

First off, if you can see this… thank you for taking time out of your busy schedule to read today’s blog post. I know Q4 is crazy busy, and I hope my blog posts can help you take action t0 save time and increase your profits. During December, the holiday selling season is in full bloom,

END_OF_DOCUMENT_TOKEN_TO_BE_REPLACED 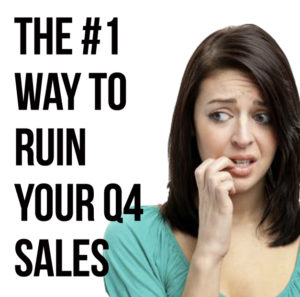 We see them during all the pivotal dates this time of year. We saw them on Black Friday, we saw them on Cyber Monday, and we’ll see them again over the next couple of weeks. Posts on Facebook groups that include screenshots of huge sales numbers or pictures of 10 shopping carts loaded with toys

END_OF_DOCUMENT_TOKEN_TO_BE_REPLACED 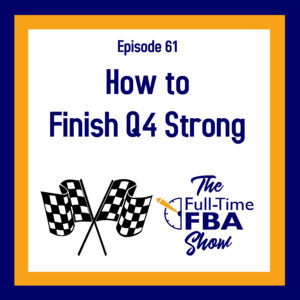 Many of us are excited to leave 2020 behind, but since December is one of our most lucrative sales months, today’s episode is devoted to helping your business end the year with a bang and not a whimper. We open by exploring why you should reprice your items, with host Stephen Smotherman sharing his liquidation

END_OF_DOCUMENT_TOKEN_TO_BE_REPLACED 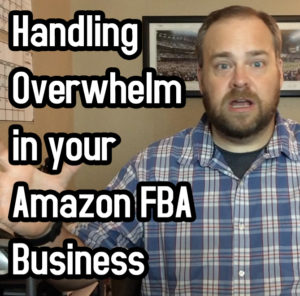 Many times when we first start building an Amazon FBA business – or even if we already have a couple of years of experience – we might run into periods when the whole business creates feelings of overwhelm. It can cause us to pause (or even stop completely) because of the fear and anxiety at

END_OF_DOCUMENT_TOKEN_TO_BE_REPLACED 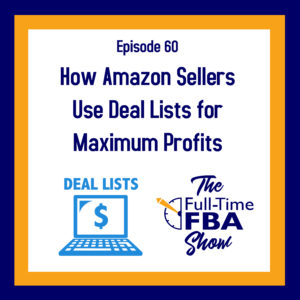 Many Amazon sellers avoid deal lists for the well-founded fear that items appearing on these lists will soon flood the market, leading to inflated competition and price drops. Today we dive into the issue and show listeners how, with the right list, they can make healthy profits with little to no competition. We open our