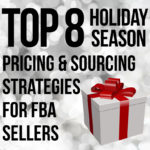 Q4. It’s one of the best letter/number combinations for an FBA seller. Q4 stands for the Fourth Quarter of sales for the year. In the business world, Q4 indicates the months of October, November, and December, but for the Amazon world our biggest sales can actually come in November, December, and January. What you do in October can have a big impact on your profits in November and December.

Traditionally, when it comes to sales, Q4 brings a huge increase. It’s not a stretch to say that a person selling on Amazon could potentially triple or quadruple their payouts in Q4.  As of 2011, I’ve experienced Q4 twelve times as an Amazon seller, and I can testify to this.

In fact in 2012, I was awarded by Amazon as a Top Holiday Seller. This meant that my sales ranked in the top 25% of all Amazon sellers and my customer satisfaction ratings were excellent (A+) during that period.

You might be saying, “Well, Stephen, that was back in 2012. How do we know that your strategies will still work during Q4 today?” That’s a good question. While 2012 was the last time Amazon handed out this “top holiday seller” distinction, I still know that these strategies work because every year since 2012, my Q4 sales have grown exponentially in comparison to the year before. My sales and profits have increased using the tips on this page, and so can yours.

Here are some thoughts I have as we are currently in Q4. As always, there are exceptions to every suggestion, but overall these are the strategies I put in place as we get closer and closer to Christmastime.

1. Don’t blindly lower all your prices to match the lowest price. 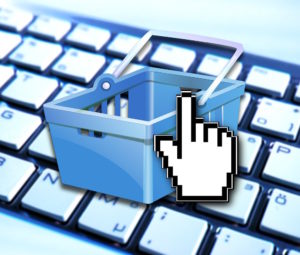 Like many resellers, I reprice (sometimes manually and sometimes automatically). With the number of sales on Amazon dramatically increasing in Q4, I know that the lower priced competition will eventually sell out and my higher priced items will be there for the willing buyers. A few years ago Amazon reported that during Q4 FBA warehouses shipped over 1 billion items (yes, that’s billion with a B). That equates to 126 items sold per second, 7548 items sold per minute, 452,899 items sold an hour, and almost 11 million items sold per day via FBA. This speaks to the huge opportunity provided by selling via FBA during Q4.

This is the absolutely best time to wait and get the price you want. The only exception to this guideline is if your inventory happens to have a higher sales rank (say, above 300,000 for Toys & Games) AND you have a lot of competition priced much lower than you. In this case, I might price match the lowest priced competitor, especially if they have a lot in stock (I use this tool to easily see how much my competition has in stock).

2. Raise prices on some items. 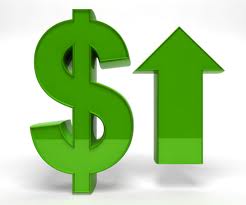 Using the same thought process from above, I’ll raise my prices on some items that have really good and sustainable sales ranks. Also, when I’m first listing a product during Q4, I’ll price some of my items much higher than usual on items with a high sales velocity. I do that since I know the lower priced competition will sell out soon.

It sometimes surprises me, but when I take the time to raise the prices of some of my inventory, many of those items end up selling later that day. Click here or here for blog posts about repricing your inventory.

3. Keep an eye on your most recent shipment of inventory.

When I’m looking at my pending sales, I’m not just looking to see all of the awesome items I’ll be getting paid for, but I’m also looking for new sales of items that I just sent in to FBA. If something sells the day it hits the warehouse, then I might need to look at my price and make sure I’m priced competitively.

Many times during Q4, you might price an item on Monday when you ship it to Amazon, but when it gets checked in on Friday, there have been so many sales that the prices are now higher. If you get immediate sales, then check your prices… If you see that you are priced too low, raise your prices!

4. Keep an eye on multiple sales of the same item.

When sourcing, it’s always a good idea to look at sales rank history when you’re making your buying decisions. When Q4 comes, I often buy items with a higher sales rank than I usually do. If my sales rank limit for the Toys & Games category was 150,000, then I may raise that limit to 250,000 in preparation for Q4.

Many items completely sell out on Amazon during Q4, so buyers start looking for other items that might not be as popular. Each category will be treated differently, but I always raise my sales rank limits for Q4. As always, it’s good to check Keepa to know which items are a good buy. 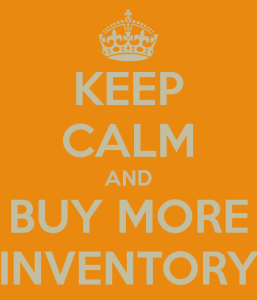 It’s simple math: You will only sell a lot of items if you have a lot of items to sell. During Q4, I’m out buying a lot more often than I usually do. I even go much deeper on a buy during Q4 than I do the rest of the year.

Of course, be wise in what you buy. Just having more inventory in stock does not automatically mean more profits, but if you expand your sales rank parameters during Q4 and buy more of the right inventory, then you can massively increase your sales and profits.

Some people worry about higher Q4 storage fees, but honestly if you expect an item to sell during November or December, send it in today! This tip ties into the bonus tip at the end of this post, so keep reading. 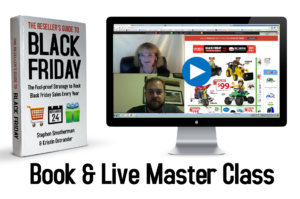 Too many people think of Black Friday shopping as fighting the crowds and dealing with crazy discount deal shoppers, but it’s not like that at all. Did you know that the best deals of the year are not always on Black Friday? In fact, there are some amazing deals you can find both before AND after Black Friday – minus the crowds and crazy people!

In our course, The Reseller’s Guide to Black Friday: The Fool-proof Strategy to Rock Black Friday Sales Every Year, I share all of my secrets on how to find amazing deals for items you can buy before, during, and after Black Friday for amazing profits. Plus, if you want to brave the crowds the day after Thanksgiving, my co-author and I cover how to master that strategy as well. I’ll help you conquer Black Friday in a way you never thought possible.

Important: The Black Friday book and master class are only available for purchase during a few weeks in November. Right now the cart for the course is open, but only for a limited time.

Plus, for only a few more days you can enroll on the Black Friday course before the doors close for 2022. Check out the course because enrollment will close in only:

January is one of the best times to sell on Amazon. People are returning the Christmas gifts they don’t want and will use that money to spend on what they really wanted. People also have Amazon gift cards burning a hole in their pockets. Because of these factors, sales in January can be amazing.

I’ve even heard some sellers say that their January sales are almost as good as their December sales. Just because Christmas is on December 25th doesn’t mean customers on Amazon stop shopping for the rest of the year or in January, so continue to send inventory in to Amazon throughout the month of December!

How about you? What Q4 tips would you like to offer the group here? I’d love to hear your thoughts on this very exciting time of the year.
*Updated for 2022