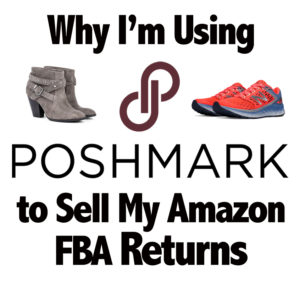 Have you used the fashion buying and selling platform called Poshmark? It’s a website and mobile app where users can list their new and used clothing, shoes, accessories, and cosmetics for sale. I recently began using Poshmark as another platform (along with eBay) for selling my Amazon FBA shoe returns and shoes with boxes damaged in online arbitrage (OA) shipments.

Poshmark is super easy to use and geared towards the Instagram crowd, with lots of sharing, following, and liking of sellers and their items. Buyers can scroll through photos of fashion items arranged by brand, style, and people you follow. You can comment on items and @reply to other people’s comments, similar to other social media apps. 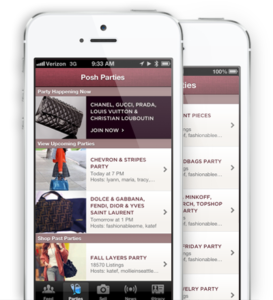 I decided to give Poshmark a try, since I have a stack of shoes in my office that I can no longer sell as new on Amazon, either because a customer returned them no longer new or because they arrived in an OA shipment with a damaged box or generic box (I don’t like to send higher end shoes to Amazon without a brand new, pristine box). I spent some time one afternoon setting up my account, snapping photos with my phone, and listing shoes in my new Poshmark closet. I’ve been pleasantly surprised with the results and wanted to share about Poshmark with you, in case you have Amazon returns in the apparel category that you want to try listing.

If you’re interested in trying Poshmark, you can sign up with the code UZGDS to get a $5 credit to your account (in case you want to buy something instead of just selling stuff!).

Here are few of the reasons I’ve been enjoying using Poshmark: 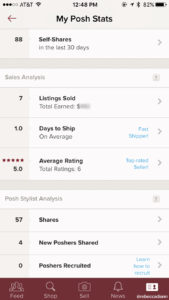 I sold my first pair of shoes within a week of listing them, and since then I’ve had sales trickle in every 2 or 3 days on Poshmark – right now Poshmark is doing better for us than eBay for selling shoes!

I’m also considering cleaning out some items from the closets around our house and listing them on Poshmark, and I’ve browsed and found a few items for sale that I’m keeping my eye on. If you enjoy shopping for apparel for yourself and your family, you should consider checking out the deals on Poshmark. If you sign up and use the code UZGDS, you will get a $5 credit to get you started in your Poshmark account!

Have you used Poshmark, as either a buyer or a seller? Are there similar platforms you use for your Amazon FBA returns? We would love to hear about it in the comments! 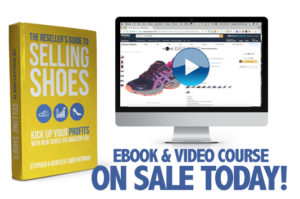 azon, check out our course, The Reseller’s Guide to Selling Shoes: Kick up Your Profits with New Shoes via Amazon FBA. It’s a combination ebook (100+ pages) and video course (over 4.5 hours of no-fluff content) that will help you avoid all the mistakes we made and get your shoe selling off on the right foot. If you’re ready to raise your ASP (average selling price) and kick up your profits, then check out the course today.