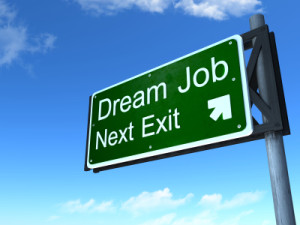 For many who read this blog, full-time selling through FBA is at least a consideration as a possibility in your future, if not your active goal as a reseller. Today we want to bring you an interview with someone who is in the process of making the transition from part-time to full-time on FBA. Brian, an active contributor to the online FBA seller community, recently announced to the wide world that he’s given notice at his day job and is striking off on his own as a full-time reseller. We thought our readers would enjoy and benefit from hearing his story, so without further ado, here’s our interview with Brian from Canada!

To start off, tell us a little about yourself and how you got started with reselling.

Thanks for reaching out to me. The first thing I tell any of the other sellers is that I am Canadian. I live in Nova Scotia with my wife and 7 year old son. The business of reselling things has me hooked. I love the thrill of finding opportunities, and the opportunity with Amazon FBA really makes this a viable full time business.

About 4 years ago I was feeling like I wasn’t making my income work hard enough. I had a decent job, as did my wife, but we really were not getting ahead. So I started researching money, ways to save, invest, passive income… I stumbled upon Dave Ramsey, and it just clicked with me. I slowly convinced my wife we needed to get rid of debt, budget, and build emergency funds.

A year into that process I bought a book that Chris Green had written an article in. He wrote about combining discounts, parting out items such as power wheels and tool kits, and that really clicked with me. I joined his Facebook group and learned about selling on Amazon FBA.

I started dabbling in resale…when I needed a remote for my Xbox. I bought an Xbox lot and pieced out the rest of the gear and made a nice profit and got a free remote. I [sold] used video games, consoles, and parts for a while on eBay, and then moved to yard sale collectible items on eBay, and then cell phones, and now Amazon with mostly toys.

What was your criteria for deciding now is the time to resign your full-time job?

I have been doing Amazon FBA since October 2012, and for most of that time [I’ve been] considering doing this full time. In January of this year, I received notice at my work that I would be laid off in April. I knew this may be my opportunity. So back to the Dave Ramsey teachings, I knew I had to stop paying extra on our house [and] halt our retirement savings because we were headed for a possible emergency. At that time we had 5 months household expenses banked, and we started adding more. We added another 4 months’ worth.

During the first 3 months of the year, I noticed my sales didn’t drop off like I expected they would; now they were higher than non Q4 months of the previous year. I was feeling like [selling full-time] was possible and was looking forward to being laid off. But April came, and we got extended another month, and then finally the notice was withdrawn. I now had 9 months emergency funds, and I had received another [6 months’ worth of salary] for stock I had owned and refund from my taxes. I [worked up] a budget based on a lowered take-home per month…and I knew this was a number I could achieve.

Also around this time, we found out that we were having another baby due in December. My wife, who was somewhat accepting of my plan, gave me the final push when she said it’s now or never.

How long did it take you to get to where you’re comfortable with resigning?

I had been doing this part time for almost 2 years. In my mind it seems things really change around Christmas time; that is when my business made the largest advance. It may have been possible before this time, but I am pretty cautious about these things and want to make sure that I am not putting everything in a major risk.

What excites you the most about making this transition?

I love to travel, even if it is 3-4 hours away, so I am looking forward to hitting the open road in search of treasure. Also, ever since my wife has been a teacher, I wanted to spend more time with her and my son. I guess in Canada you spend so much time in the house hiding from the bad weather, when summer hits it is really important to enjoy it as much as possible. Lastly, doing this part time I always felt rushed in the stores, never having more than 1 hour in a store. Hopefully I can find even more opportunities now.

What are your fears going into this transition?

I need to fear the possibility that this model is not viable sometime in the future or that I am somehow prevented from being able to do it. These scenarios may not be probable, but I think it would be foolish not to acknowledge them. I also fear getting tired of this business and wanting to move on to something else.

Are you making any major or minor changes to your business model or strategy during this transition?

Two things I am thinking of, predictability and diversification. On the predictability side, I want to have more items that I know will sell at a given rate each month, so I am looking for items where I can sell 5+ of each month, rather than going from homerun to homerun. Also in this direction, I am looking for wholesale opportunities. In terms of diversification, I am looking to add eBay [as a sales channel] and brainstorming other income ideas that I can add to protect myself in the future.

How has your family responded to your decision?

My wife is happy to see me doing what I enjoy, but is not completely sold on me making less income. I just told my son this week, and he seemed to be happy that if he got sick during school, he could stay home with me. I really believe that if this works, it will be so much better for all of us and that there will be many benefits that we will enjoy because of this.

What advice do you have for anyone contemplating this transition to full-time selling on FBA?

I am a firm believer in being financially prepared, paying down debt, [saving] emergency funds, and living off less than you make before jumping. I base my decisions off what is happening now in terms of my sales rather than banking on an increase in sales due to being full time. One thing I think is really important and probably was the key to us being successful in paying off debt is unity. Once my wife and I were in agreement to how we’re going to approach money, it was so much easier. On my decision to do this full time, we are both in agreement, and hopefully over time we will both increase our resolve that this is the best idea.

Also with me, I was sitting at a desk of what most people would call a decent job, daydreaming of being out looking for profits. It just seemed like a waste to everyone involved. If you do truly love this business, I would suggest you start planning your exit.

Thanks for sharing your story with us, Brian!

Want more info on how to make FBA your full-time job? Scroll up, look at the right side of your screen, and subscribe.